This piece was displayed at the outdoor performance event HAM 2022 in Tsukuba in October. The performance I had originally planned involved me twirling around a piece of fabric with handwritten words on it—like a hanging wall scroll—from an aerial work platform outside of a station. For the words, I planned on writing out quotes from the postwar book "nagagutsu to hoshizora", in which the war experience in Tsukuba Science City is depicted from the perspective of residents, as well as quotes from Arata Isozaki, architect of the Tsukuba Center building, in order to encapsulate the modern feel of the city by tying it to its past. However, this plan was brought to a halt in August by the government, which claimed that the combination of handwritten words on fabric could seem as a politically motivated event (a demonstration for example). As a result, I was unable to use the power of written words in the city, and I instead came to the idea of utilizing VR devices to project transparent words. You can still see these words if you go to Tsukuba.

I was named by my grandfather, who chose all symmetrical characters, and by my mother, who chose the reading of said characters (I was almost named Yukikazu). My main aim in life was to join art school, simply because I wanted to be involved in the making of a music video for Hikaru Utada. I enrolled in the only school where I was accepted into the architecture program, but now, for various reasons, I call myself an artist. I want to create, just like Akiko Yano sings and Ranjyatai performs comedy. I wonder what kind of person first created Jomon pottery? 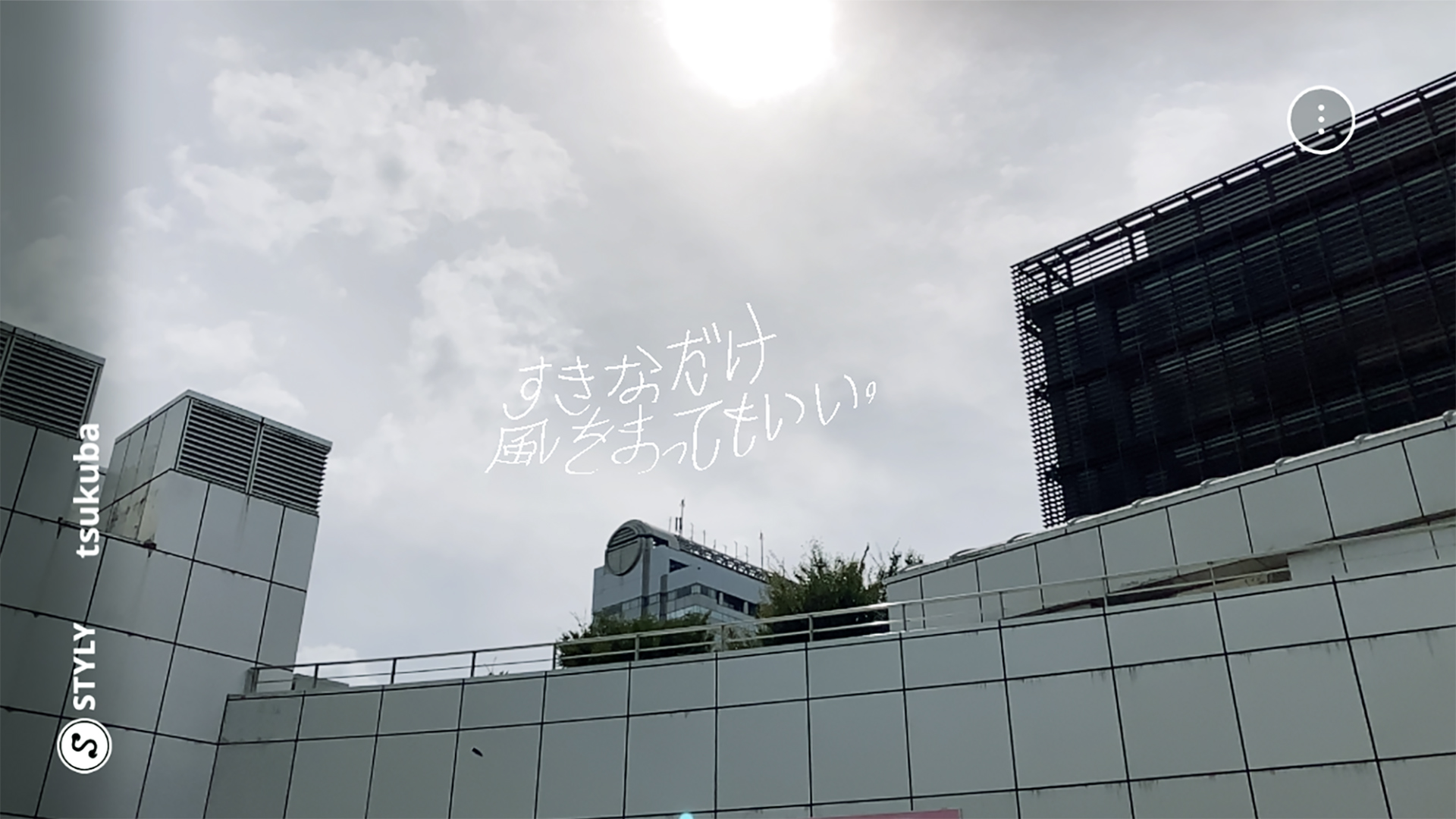 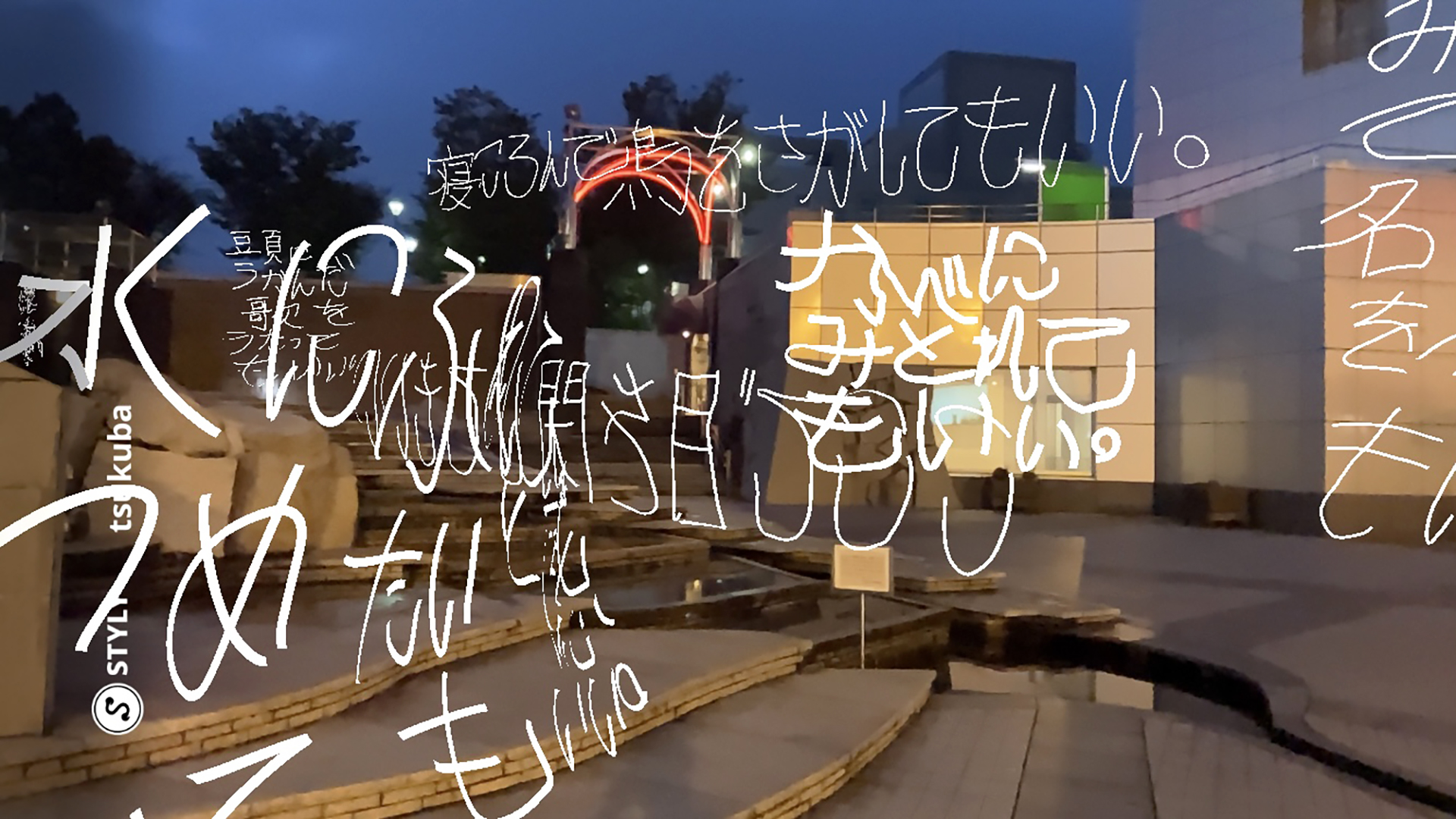 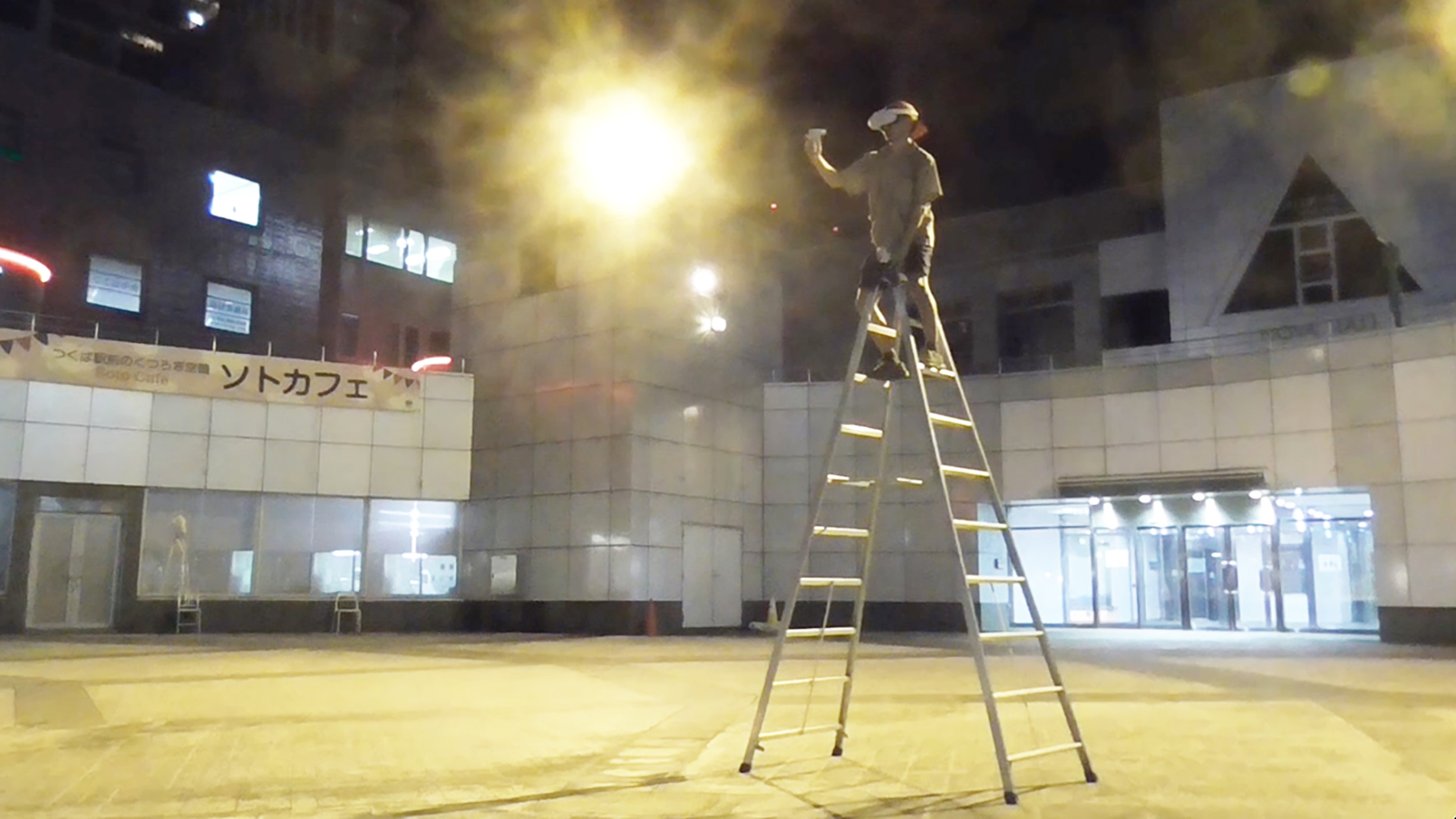