The name of this work is "Divination of Karma in Three Lives Reincarnated,” inspired by the Buddhist sutra “Sutra on the Divination of the Effect of Good and Evil Actions," which provides detailed instructions on how to divine one’s fate after death.
Divination means seeking knowledge of the unknown by supernatural means, and the concept of good and bad karma is deep-rooted in Asian culture.
In the work, a demon king holds a spinning wheel of life, and this wheel is painted to symbolize good and bad karma in the six paths of reincarnation. People who are curious may try to divine their past and future lives with AR. 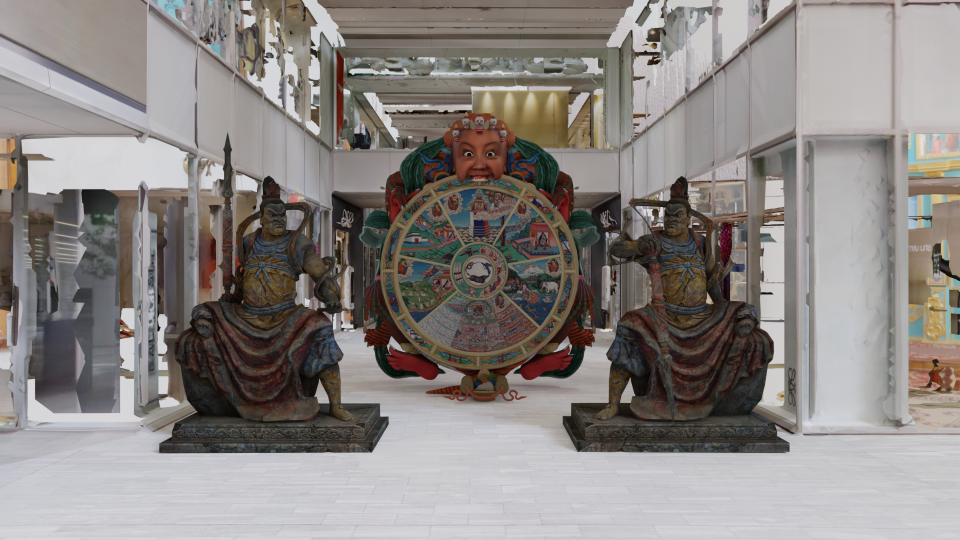 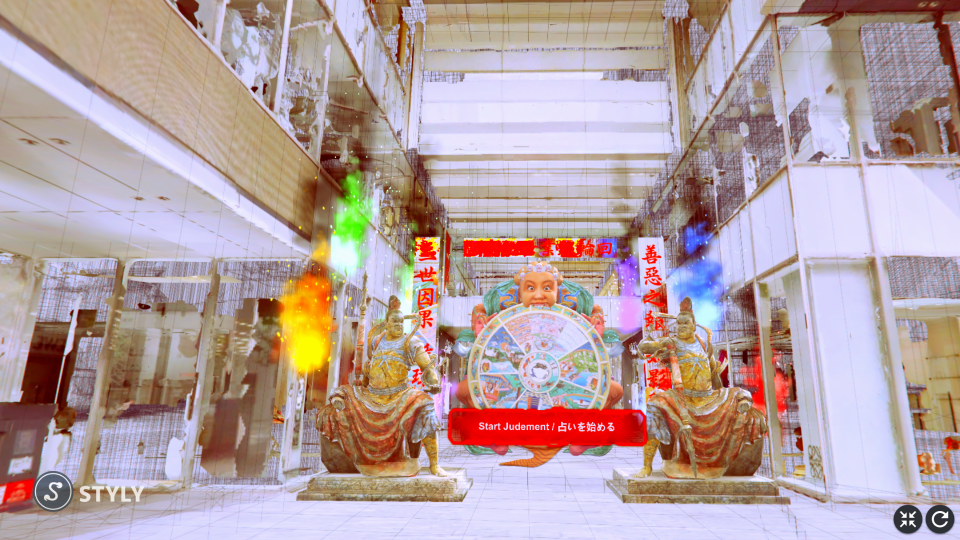