The "Yaoyorozu" visualized through AR

This work is aimed to visualize in augmented reality "Yaoyorozunokami"(millions of god), the various gods in whom Japanese people has believed since ancient times.
Particulary spirits "Chi" has been believed to dwell in natural objects, both animate and inanimate objects., and the appearance of their mighty power is called "Chihayaburu".
In this work, I put the QR code on the wall and the ground, which are the major elements that compose of the space, to express spirits flowing around from the objects and released from them with music.

You need STYLY Mobile (APP) to Ultra-Experience the work. Click here to learn how to experience it.

Takekawa is an artist and designer based in Kyoto.
He graduated from Kyoto Seika University's Product Design Department, and since 2017 he has been working as an engineering design unit "xorium" to create works to experience the extraordinary world of analog and digital blending together under the theme of "feeling the invisible".
His awards include the Good Design Award, the IF Design Award, and the Ministry of Internal Affairs and Communications (MIC)'s "Inno"Vation Program Generation Award category (Corporate Special Prize). 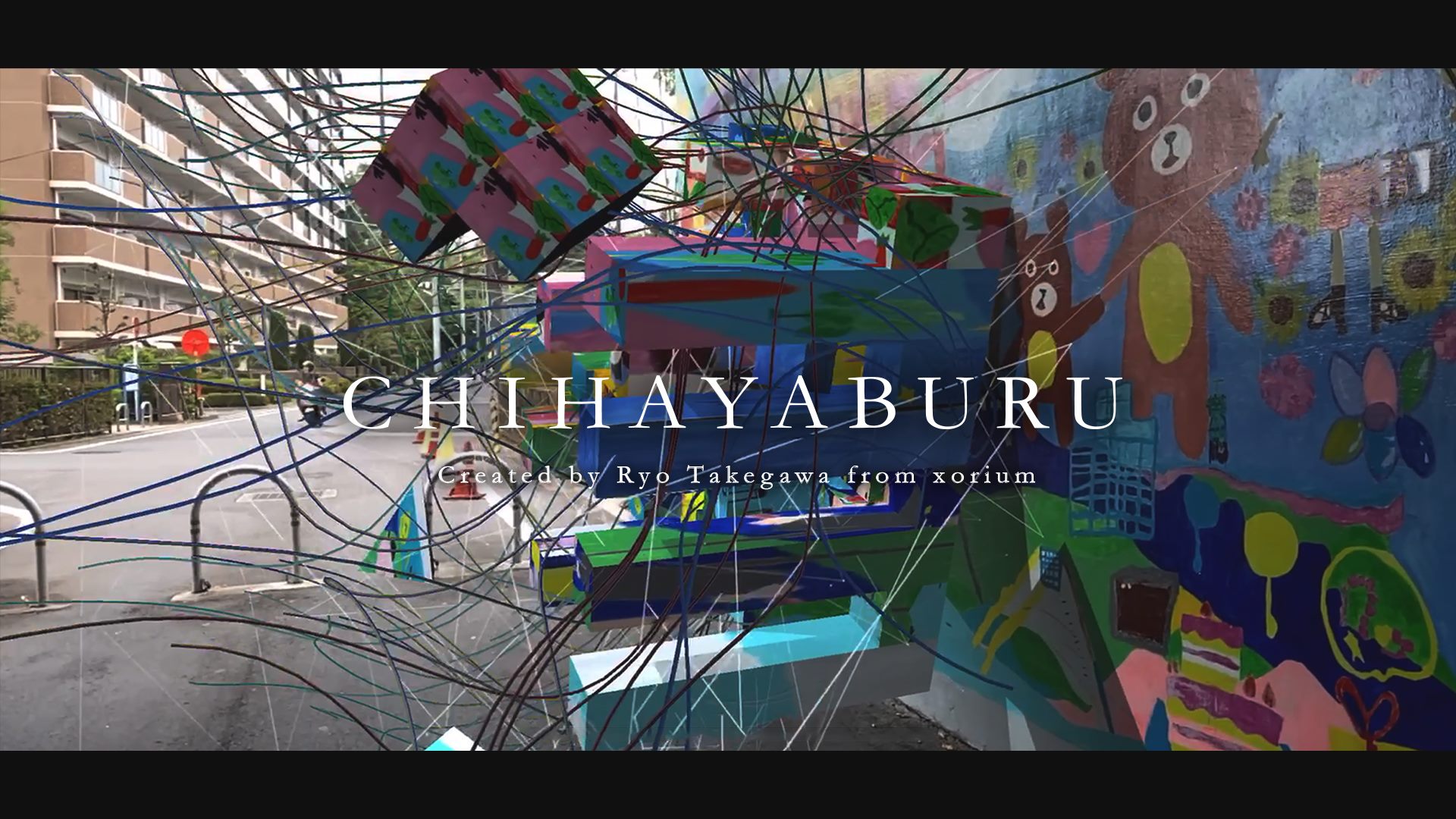 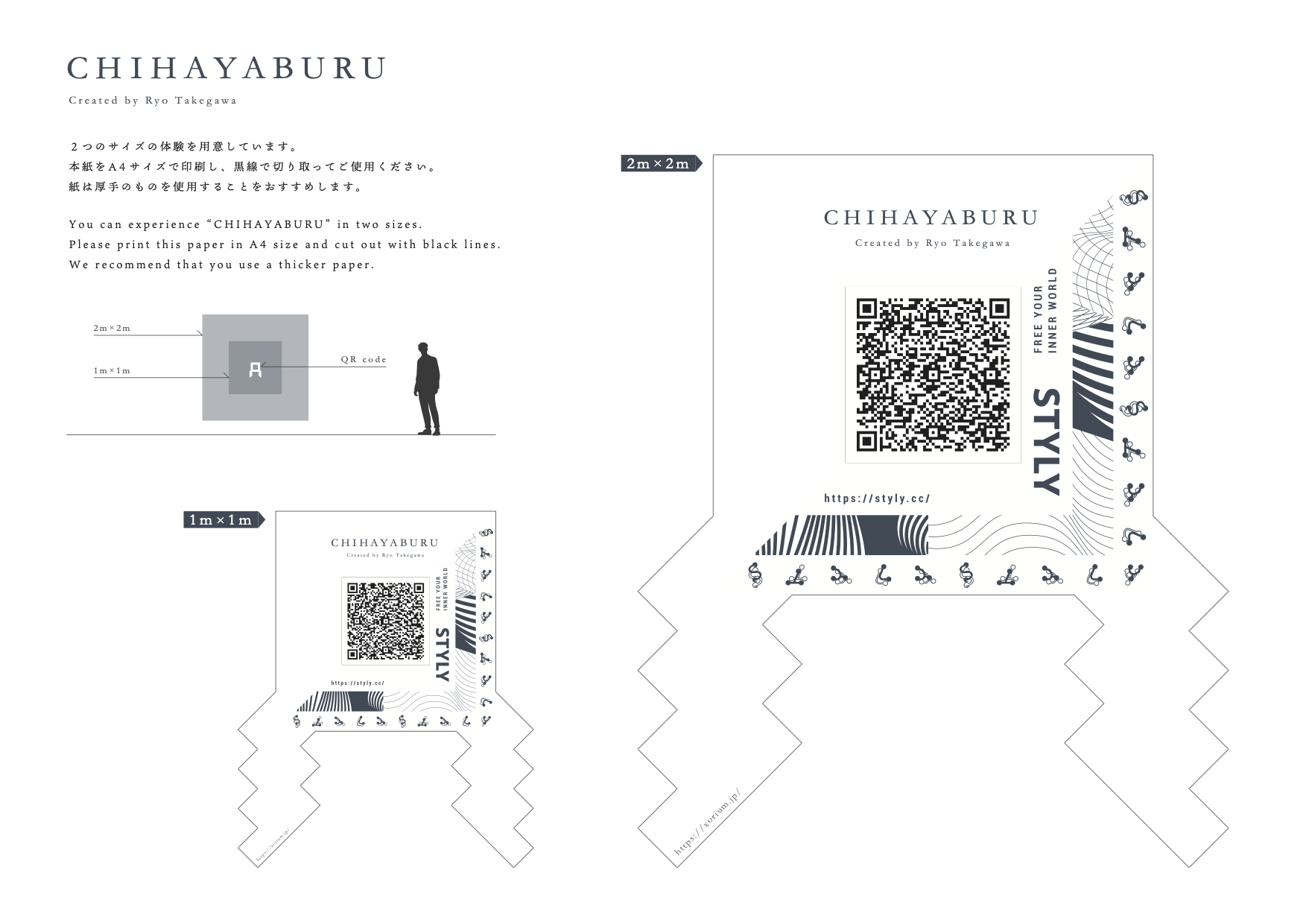 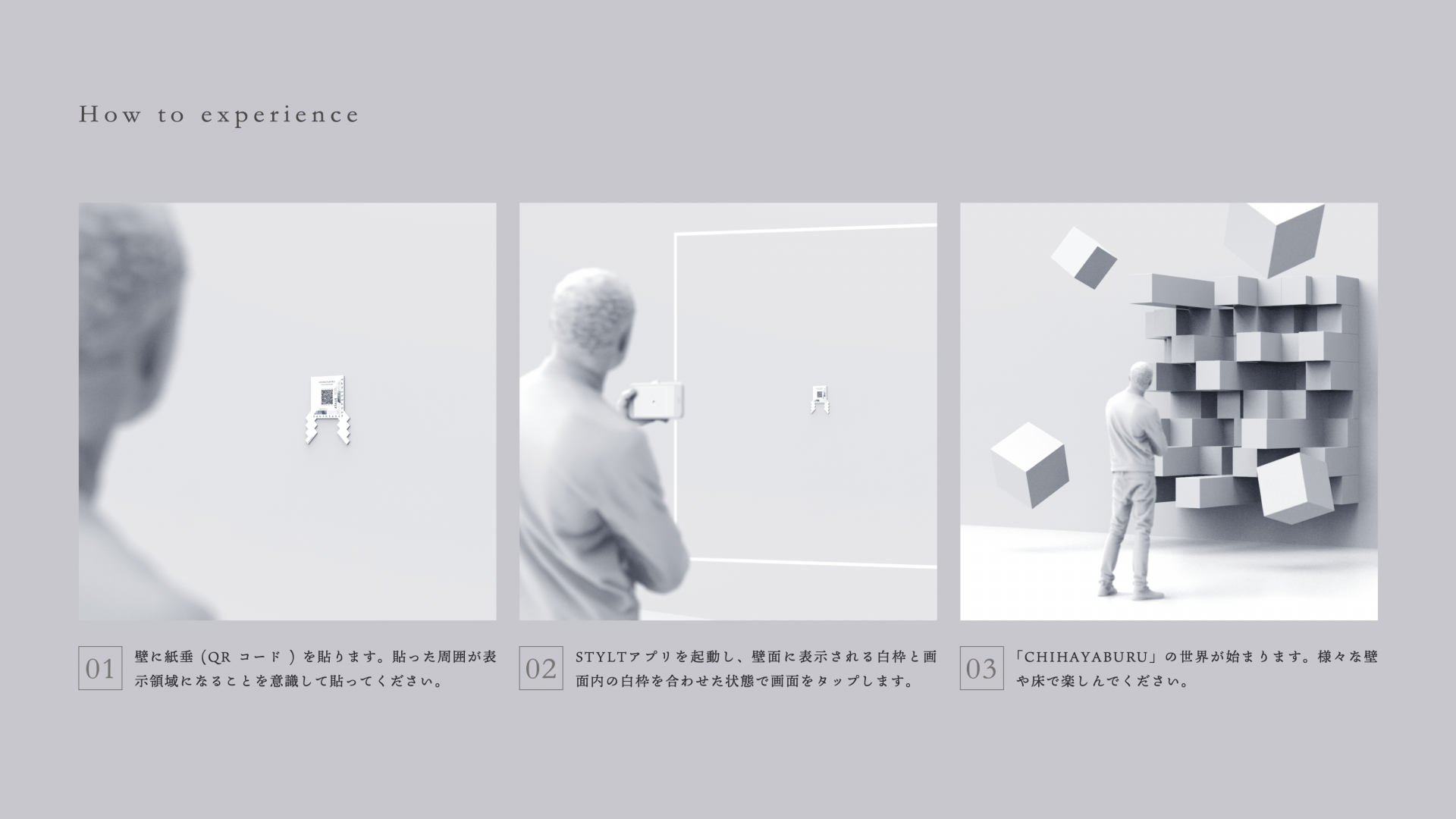