For my project I tried thinking about new possibilities for VR and photogrammetry. By gathering the photos of various people, mostly through SNS, VR for Tateishi, Katsushika 'Nonbe Yokocho' was created. Photogrammetry technology was used to create this VR. Photogrammetry is a technique to generate 3D data by automatically predicting the shot position and angle from a large number of pictures that have been taken of the same subject. In other words, you can see where photos, which have been used in the 3D data generation process, were taken. With this Merging Memories, I have tried to express a new type of album by arranging the photos of people, who agreed to help with the creation of Nonbe Yokucho VR, with the day and place that the photos were taken. You could say that the Nonbe Yokocho generated by the photogrammetry is a crystal which has collected various people and occasionally their memories. 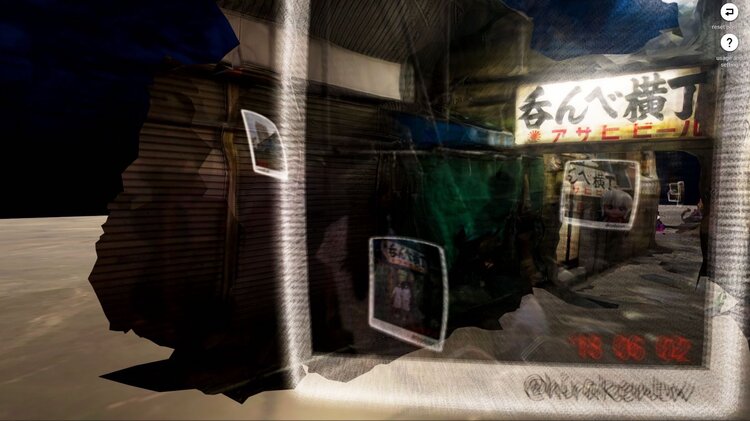 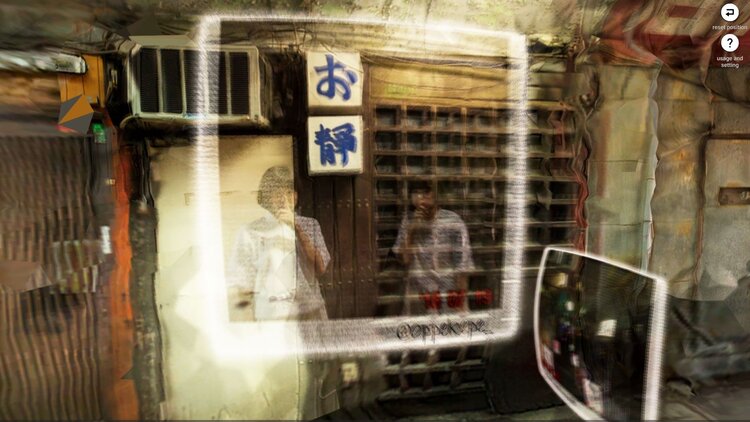 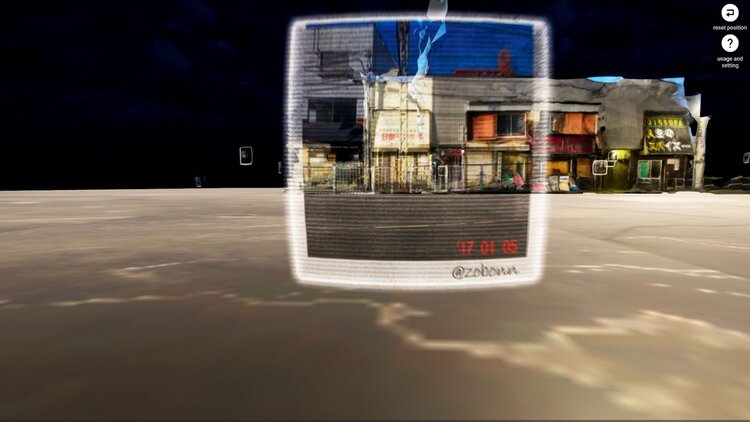